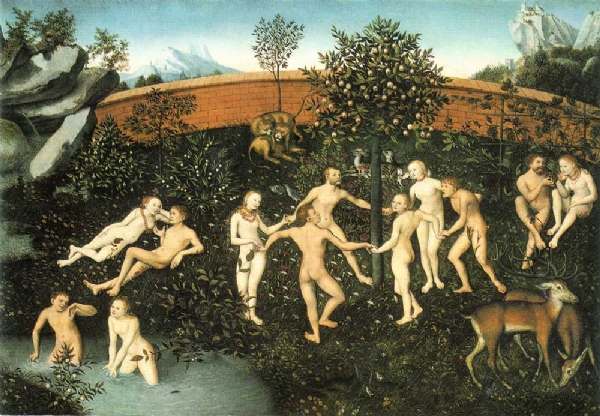 According to Hesiod, the five ages of man were: The Golden Age. During the Golden Age of Man, the ruler of gods and men was the Titan Cronus. Mankind lived harmoniously among the gods and interacted with them. There was an abundance of food that nature provided, and humans did not need to work; so, they were able to live to a very old age, and when they died, it happened harmoniously and peacefully.

The Silver Age. Starting from the Silver Age until the time of Hesiod, it was believed thatZeus was the god of gods and ruler of the universe. Men would live as children for a hundred years, supported by their mothers, while as adults, they lived for a very short time as they regularly clashed with each other. They did not pay tributes to the gods, for which reason Zeus killed all of them.

The Bronze Age. During this period, men were tough, trained, and warlike. They used bronze to create their weapons and dwellings, and eventually destroyed each other in wars. The end of this era was marked by the great flood of Deucalion.

The Heroic Age. After three eras of the mankind deteriorating in spirit, the Heroic Age was an improvement to the Bronze Age. This was the time that heroes and demigods lived, great fighters whose deeds would be sung for centuries to come.

The Iron Age. Hesiod believed he and his contemporaries were in the Iron Age, an age of desolation, destruction and pain. Humans would fight against each other and would only care of themselves. Because of lack of shame and indignation, humankind would destroy itself, and the gods would abandon them.

According to Ovid, only four ages existed, and he completely disregarded the Heroic Age. During the Golden Age, men were unable to travel far and could not explore the whole world. During the Silver Age, Jupiter (the Roman equivalent of Zeus) offered the seasonal change, as well as the art of agriculture to men. For Ovid, the Bronze Age was also marked by warfare, while in the Iron Age, men were not only warlike, but also impious, and disloyal.

Recommends for Ages of Man.