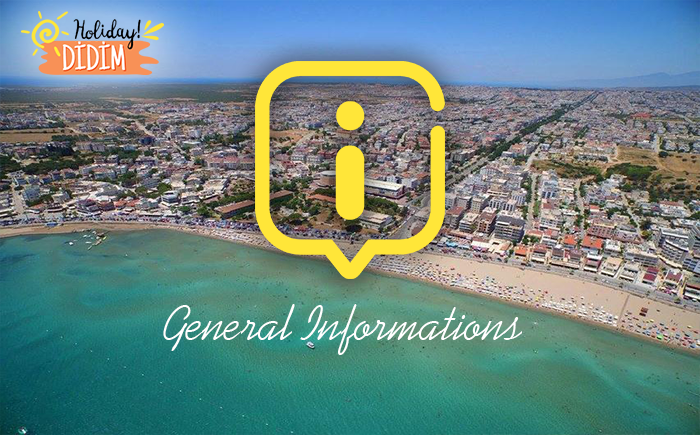 The history of Didim, which has left its mark on history and is geopolitically important, dates back to the Neolithic period.

Dating back to the Neolithic period in history, Didim hosted the settlements of Mycenae, Cretans and then Aka colonies in the 16th century BC. Didim, formerly known as Didyma, was occupied by the Turks after the Roman and Byzantines, but it was again taken by the Byzantines after the first crusade.

Didim was located within the borders of the Karia region and this region came under the sovereignty of Menteşe in 1280, Aydınoğlu in 1300 and the Ottoman again in 1413. Didim was subjected to a major earthquake in the 14th century and continued to exist as a small Greek village for many years before the Republic.

This small Greek village had the name Yoran. However, there was a Turkish settlement in the north-east called Islam Yoran, consisting of 10-12 households. After the liberation war, settlements in the region were evacuated and new settlements started to become in the region within the scope of the exchange. These were in the form of exchanges from the Balkans, mainly Greece.

While Yoran continued its name during the Ottoman period, as a result of the great earthquake in 1955, the settlements around the temple of Apollo moved 1 kilometer to the south with disaster residences in 1961 and it was called Yenihisar. Yenihisar, which was transformed from a village in 1968 and became a municipal organization, entered into an important development as a result of the mobilization of tourism in the 1980s. While it was registered as Yenihisar district in 1991, it was changed to “Didymaion”, namely Didim, since it had different places in this name and damaged the district in terms of branding.

Didim has a great importance from the districts that have left their mark on history and especially geopolitically. According to the West, although the civilization in Didim comes from the Greeks, considering that there are many civilizations coming from outside in Anatolia, it is possible to say that Didim created its own culture in a unique way.

When you come to Didim, as we mentioned above, the temple of Apollo welcomes you. The temple has a unique beauty. It has been preserved in this for years. Currently, there are no temples in Greek culture that can leave the temple of Apolla behind in terms of its dimensions.

Although the name “Didyma” comes from Greek, it actually came from Anatolian languages, not from Greek.