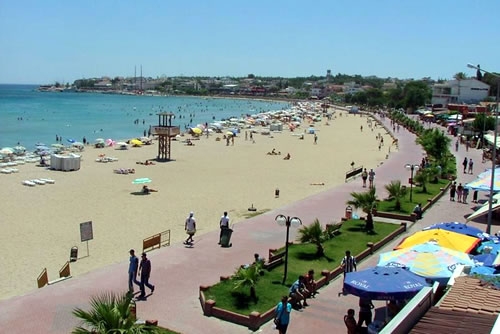 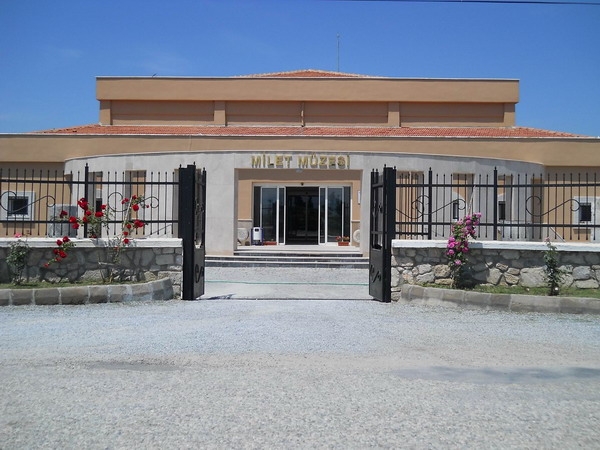 The Market Gate of Miletus

located in the ancient city of Miletos, 40 km. from the Söke district of Aydın, was opened to public in 1973. It is designed to display the archeological findings from Millet in general. It consists of a hall with a pool and one large and one smaller hall which open up to this area. Mycenae ceramics dated back to XVth millenium B.C. and items from Archaic, Classical, Hellenistic, Roman, Byzantine, Seljuk and Ottoman periods are on display

It was an important Mycenean colony around the middle of 2000 B.C. and a considerably well developed commercial and cultural center. Milet sustained this status and thus its importance during the Roman period, and lost its commercial significance when the Latmos bay filled up during the time of the Byzantines. It was turned into a Turkish Balat by the Menteşe Dynasty in the 13th century and enjoyed a brilliant period as the capital of Menteşeoğulları Dynasty. Coming from the Söke direction, moving on the road turning towards the historical site of Milet, the first thing one notices is the theatre and the Byzantine castle above it. Walking through the theatre, the ancient the caravansary in front of it, the Faustina Bath, İlyas Bey Mosque, Serapis Temple Bouleterion, Sacred Road, Ionic Stoa, Northern Agora, Delphinion, Hanikah, Port Monument and St. Michael Church are the major sites to be seen.