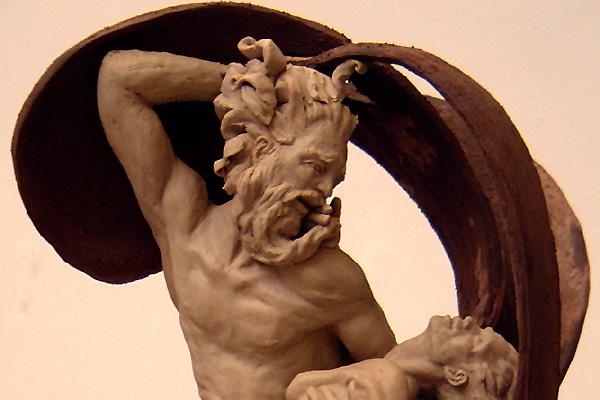 Hades was the brother of Zeus and Poseidon. After the overthrow of their father, Cronus, he drew lots with them to share the universe

Hades was the brother of Zeus and Poseidon. After the overthrow of their father, Cronus, he drew lots with them to share the universe. He drew poorly, which resulted in becoming lord of the underworld and ruler of the dead. Nevertheless, he was not considered to be death itself, as this was a different god, calledThanatos. Greedy like his brother Poseidon, he was mainly interested in increasing his subjects, and anyone whose deeds resulted in people dying was favoured by him. The Erinnyes (the Furies) were welcomed guests in his kingdom.

The Greeks were not keen on uttering his name, afraid of causing some kind of reaction that would end up with them dead sooner. Instead, they decided to give him another name, Plouton, deriving from the Greek word for wealth, due to the precious metals mined from the earth. Thus, Hades also became the god of wealth. Although an Olympian, Hades preferred the Underworld and rarely left his kingdom. His weapon was a pitchfork, which he used to create earthquakes, similar to the way Poseidon used his trident. He also had a helmet of invisibility, which he had received as a gift from the Cyclopes, in order to use it during the clash of the Titans. He was married to Persephone, daughter ofDemeter, whom Hades abducted and carried down to the Underworld.