The country of Turkey has a fascinating cuisine thanks to its regional, cultural, and historical influences. Indeed most visitors often remark on delicious tastes, and wholesome flavours formed from a variety of staple foods, fruit, vegetables, herbs, and spices. 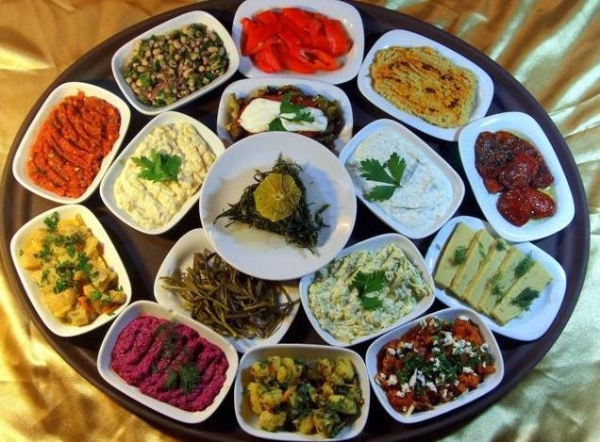 What are Turkish mezes?

Pronounced “Mez-zeh,” this range of dishes is the equivalent of appetisers although Turks also eat them as snacks or side dishes to the main meal. In a traditional meyhane (evening entertainment establishment), mezes are served to snack on throughout the night, while drinking alcohol and listening to live music. This also applies to Aegean and Mediterranean cuisine on the south and west coasts of Turkey, where alfresco dining - either at restaurants or Turkey apartments - is a favourite summer activity. Open-air restaurants serve a variety of mezes dishes to the centre of the table. Diners then slowly indulge in pleasant conversation while snacking on the mezes and drinking Raki. Such is the broad range of choice; many pass on the main meal because the mezes are enough to fill the appetite.

The word itself stems from Persian origins and all cuisines from the former Ottoman Empire have their own theme of mezes including Arabic countries and Greece as well. The term typically applies to the “Flavour of a snack”, and this is a great clue to the delights in store for diners. Here are our favourite mezes to feast on. 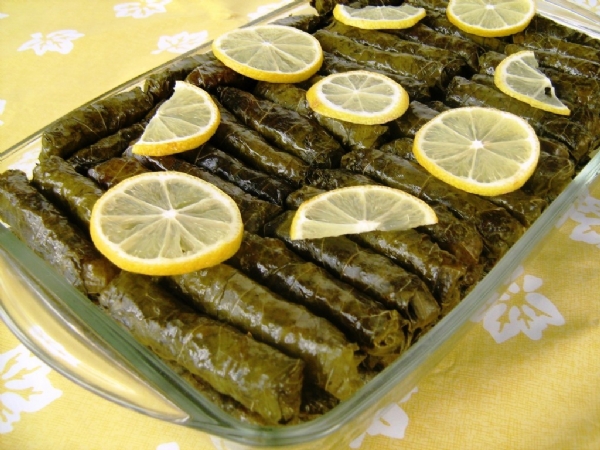 These stuffed vine leaves are widely consumed across the country, as not only a meze but also as part of the main meal. Indeed a woman or chef can be judged on their sarma making skills, and the test is always in the flavour. Hand sized vine leaves are filled with fragrant rice mixed with herbs and sometimes finely chopped nuts before steaming to a soft consistency. To be served as a meze, they are sprinkled with olive oil and just a light dash of lemon juice as not to distract from the main delicious flavours and textures.

The western world would know the main ingredient of this meze as samphire, a salt marsh weed that is highly nutritious and abundant in iron making it an excellent choice for anaemia sufferers. Pronounced Den-eez bore-uhl-je-see, the season for this meze typically runs during summer from May to October. The already salty weeds are boiled before the stalks are stripped off to expose the plump flesh inside. It is then mixed with olive oil, lemon juice and a healthy dose of finely chopped garlic. This is another classic meze to eat with fish and seafood. 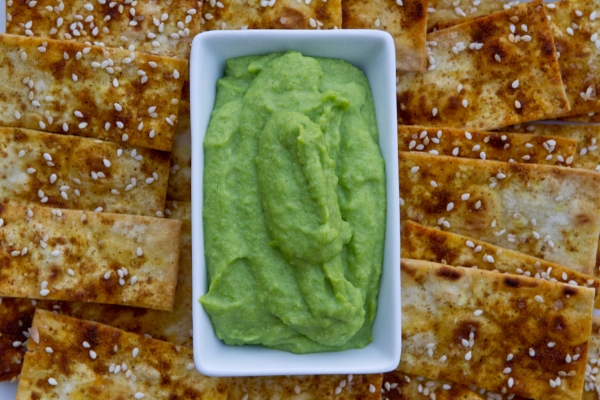 With a similar consistency and appearance to hummus, the light beige fava bean puree is exceptionally tasty when paired with fish and seafood. The recipe dating back to ancient times calls for soft-boiled beans to be mashed with olive oil, salt, and pepper. Likewise, when served to the table, another light sprinkling of olive oil is drizzled on the top along with finely chopped red onions. This highly nutritious recipe is bursting with protein and fibre but has a low fat and cholesterol content making it extremely healthy to eat. 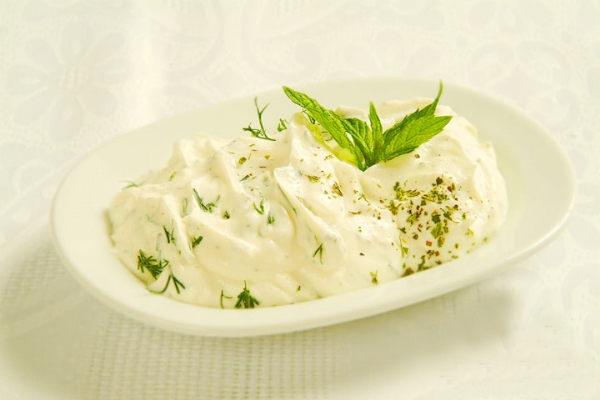 Another classic favourite served in international restaurants, Haydari is gentle on the palette but leaves the diner wanting more. This simple combination of yoghurt, garlic, and herbs also kicks up the notch on sandwiches by using it as a basic spread. Ideally, chefs only add fresh herbs, and typical examples include dill, basil, mint, or oregano. 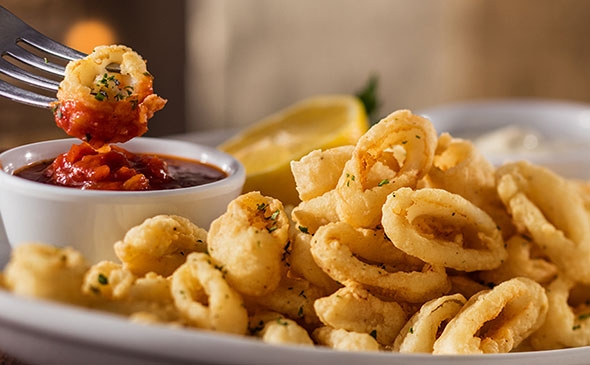 Along the Aegean and Mediterranean coasts in summer, seafood is a focal dish of the meze scene. Prawns, sardines, anchovies, and octopus feature highly on restaurant menus, but a favourite meze for many is fresh calamari, with the emphasis on fresh. A reputable restaurant would not serve frozen because has a distinctive chewier consistency. Traditional tartar sauce accompanies the fresh, cleaned, and sliced calamari fried in a light covering of smooth batter. This is one of the more expensive mezes dishes but worth ordering if you love seafood. 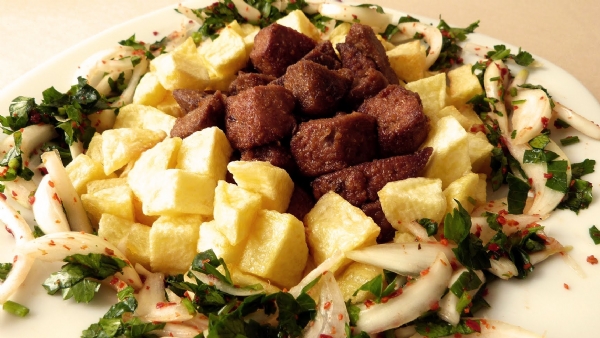 Another meze with high iron levels, Arnavut translates to Albanian liver, which is probably a connection to the days when the Ottoman Empire ruled it. Traditionally the liver has to be from a young calf or lamb, so the finished result is tender as well as delicious. After being cubed, floured, and seasoned, the chunks are sautéed in butter and served with finely chopped red onions, parsley, and sumac that is a Middle Eastern spice used in many Turkish dishes for flavour. 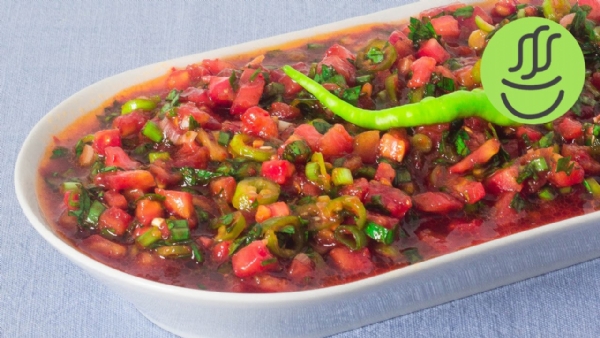 As one of the most popular Turkish mezes, supermarkets, and most restaurants sell Acili Ezme. International restaurants catering for holidaymakers also generally serve it as a free starter along with fresh bread. Ezme means mashed but the recipe calls for finely chopping the main ingredients of tomato, onion, garlic, parsley, and peppers. Pepper paste, pomegranate syrup, and a light sprinkling of lemon juice is mixed with those ingredients before finally adding chilli peppers for a little kick and to complete the range of flavours. 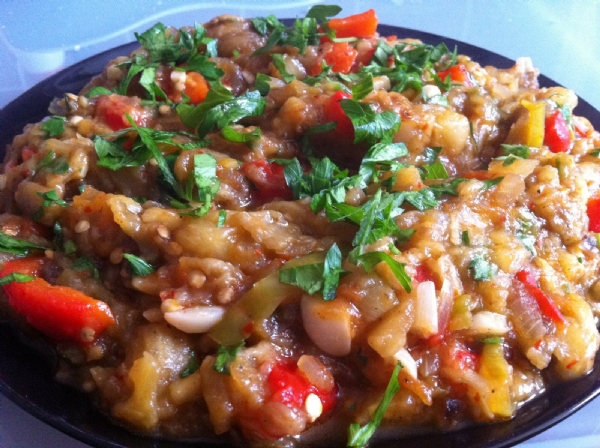 Aubergines/Eggplants are a core ingredient of mezes and appear in many different recipes, although they can be time-consuming. One of them is Patlican Salata. Aubergines are roasted, de-skinned, de-seeded, and mashed to a pulp to get rid of excess liquid. Olive oil, garlic, and yoghurt if desired are added along with a light sprinkling of salt and pepper. This meze also makes a great dip for parties. Do you have any favourite Turkish mezes or suggestions of more alternatives for other readers to try? If so, let us know in the comments below.

Vegan waiting for the first visitors to the festival for the second time Turkey.

ATTENTION TO ALL GUESTS TO ANY HOLIDAY RESORTS OF TURKEY!