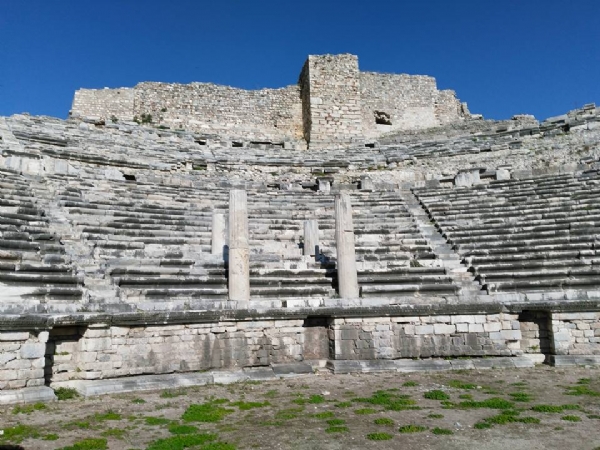 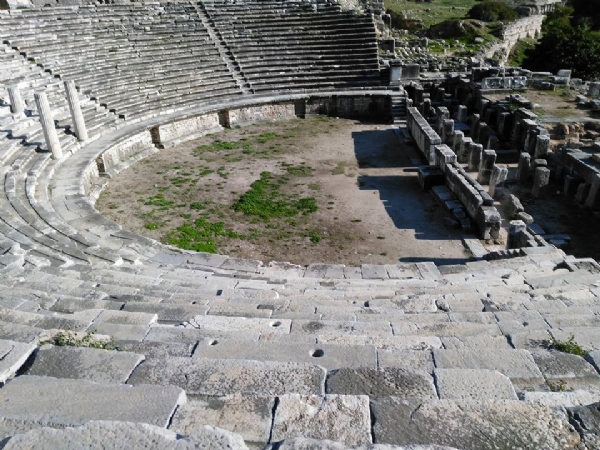 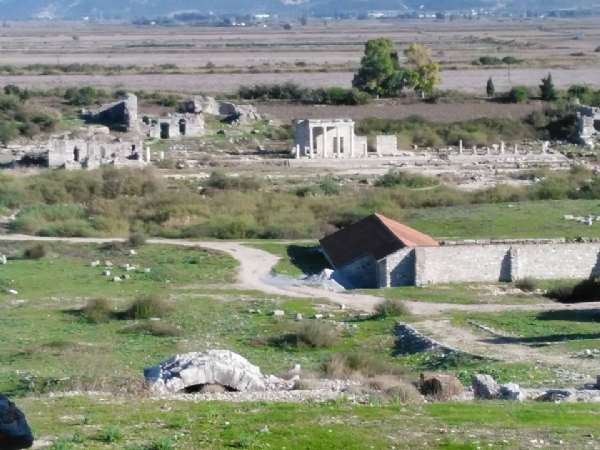 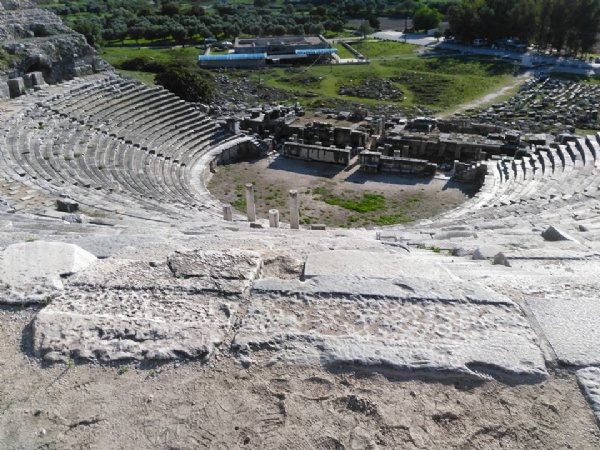 he city of Miletus Miletus was one of the most important city of Ionia. It is at 37°35´ latitude and 27°15´ longitude on the site of the earlier settlement of Balat

The city of Miletus Miletus was one of the most important city of Ionia. It is at 37°35´ latitude and 27°15´ longitude on the site of the earlier settlement of Balat, which was ruined by an earthquake in 1955. Today the nearest village is Yenıköy. The archaeological site and the local Museum with findings from Miletus, Didyma, Priene and Myous are in the position Milet.

Excavations in Miletus started by French archaeologists in 1868, while significant research has been carried out since 1899 under the auspices of the German Archaeological Institute.
The territory of Miletus, the land of “Milesie”, extended over an area of 2,000 sq. km. It included four parts: 1) Miletus, which was an island in the prehistoric period and was later transformed into a triangular peninsula, with a length of 1.8 km from north to south and a maximum width of 1.4 km. On the peninsula, or very near to it, there is a range of hills: Humeitepe is to the north, while Kaletepe dominates around the so-called Harbour of Lions, to the SW of Humeitepe. The low hill of the stadium is to the south of the second hill. Finally, the highest hill, Kalabaktepe (57 m high) is to the SW of the peninsula, 2) Mount Grion, to the east, 3) the low valley of Maeander River (Büyük Menderes), controlled by the Milesians as far as the outskirts of the land of Magnesia, and 4) the islands of Miletus, Leros, Patmos, Lade, Farmakoussa and Lepsia (modern Lipsi). The flow of the Maeander River gradually turned Miletus from a coastal into a continental city, while the island Lade became a hill.
The territory of Miletus included a series of settlements: 1) Assesos (Mengerevtepe), 2) Teichioussa, 3) Ioniapolis (Mersinet Iskelesi), 4) Didyma or Branchidai, 5) neighbouring Myous, which was annexed by Miletus in the 3rd century BC.